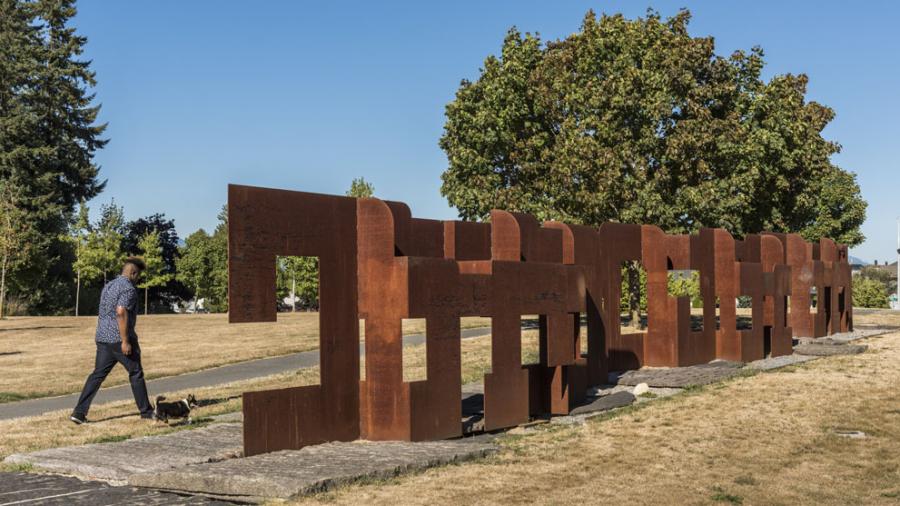 About Multiples of Three

Multiples of Three is a distinctive landscape sculpture that acts as a fence fronting the Fleetwood Booster Pump Station. Chunky steel shapes resembling large geometric jigsaw pieces are welded into three groups and aligned asymmetrically along a base of granite slabs.

Argentina-born sculptor Alberto Replanski designed the flat sections to be arranged three-dimensionally to make a row of stand-up cutouts. Through window-like negative spaces, he invites visitors to view the more conventional pump station. The rhythmic line and the connected pieces have a modernist sensibility. They are cleverly designed to play light against shadow, concave shapes against convex, and voids against solids.

More on Multiples of Three

Alberto Replanski has taught sculpture at the Vancouver Academy of Art since 1998. He was the driving force behind Portals of the Future outside the Richmond Cultural Centre, when twelve sculptors transformed 20 tons of limestone into works of art during a three-month period in 2000.