Join us in Darts Hill Garden Park for POP! Summer Strolls. Throughout the park, in different locations you will be treated to a variety of performances. Each show station hosts a micro-performance that lasts approximately 10 - 15 minutes before you stroll your way to the grand finale thirty-minute performance. 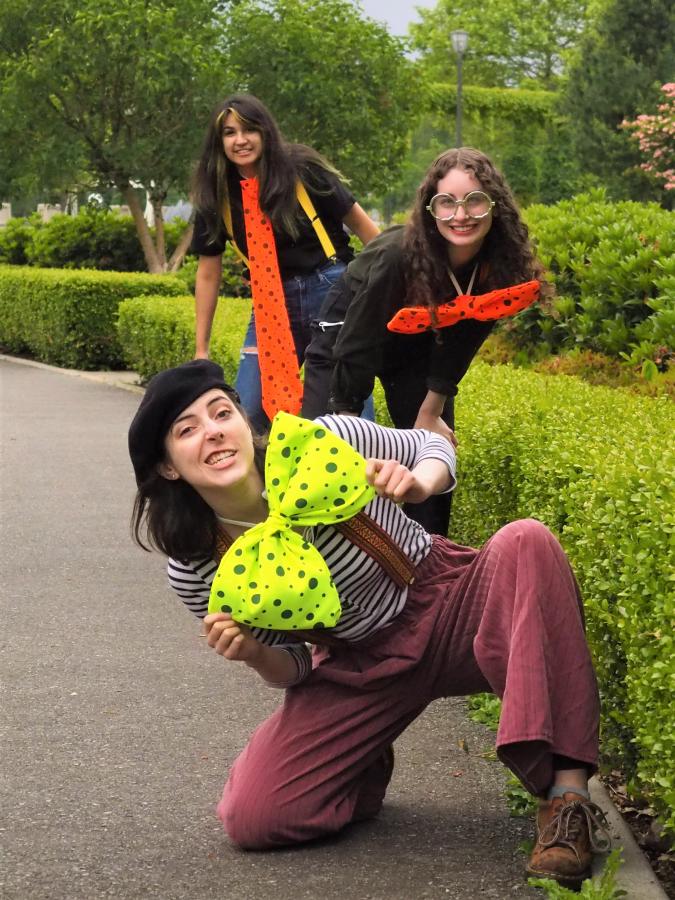 Enjoy some comedy with The Great Escape Artist. This slapstick performance pays homage to the hilarity of yesteryear. Watch as Strong, Smarty and Frenchie overcome their disagreements to perform their new spectacle…guaranteed to leave you laughing.

Stop by Devon More’s outdoor musical oasis where she will custom build you a One-Woman Symphony to suit whatever mood you’re in. Searching for a song about love? For wanderlust? Maybe a song for REVOLUTION? Using a unique arsenal of instruments, and a loop station to live-record each layer of the musical arrangement, Devon More will create a unique song just for you! 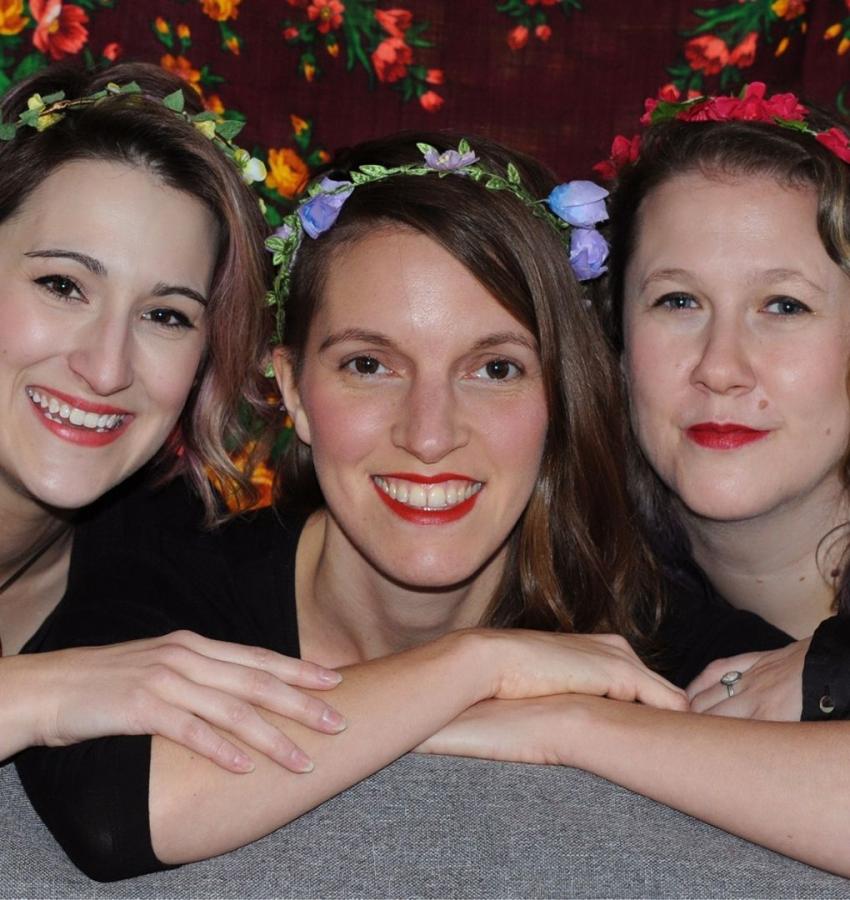 There is also a musical performance by Vostok, an East Vancouver trio who sing the sweet a cappella tunes of their Eastern European heritage. Their performances are filled with a diverse range of music from across the region. A Russian lullaby, a Croatian harvest song, a dissonant Bulgarian chant, a Ukrainian spring song first heard on a Kiev subway - Vostok takes the listener from bliss to despair and back again.

Another stop on your stroll is a performance Swipe Stage Right with the Or Festival Theatre Society. Emi, an anxious millennial, is in the midst of doing one chore she loves (laundry) and one she hates (swiping through her dating app) when she comes across the profile of Brad, an extraordinarily ordinary guy. There’s nothing special about him, but for some reason, she just can’t swipe left—possibly because Brad is right there, refusing to be swept offstage.

Your final performance on this stroll is one you won’t want to miss. Let Kira Schaffer and Sido Adamson of Firebelly Performance Society take you on fun-filled journey of aerial acrobatics, dance, and comedy. Light and heart-warming, Dangle-o-rama is a fun-filled finale for all the family!

About the Great Escape Artist

The Great Escape Artist is a three-person play done in the style of slapstick comedy commonly seen in The Three Stooges and Charlie Chaplin. Our small group of emerging artists, Blake Hobson-Dimas, Dayna Horn, Lois Warwick, Melanie Mercer, and Racheal Dimaggio are overjoyed to come together to create a piece for the City of Surrey’s POP! Summer Series. The current situation of creating theatre in a pandemic has been a difficult one, so to be able to come together and create theatre once again has lifted our spirits and we hope our comedy can lift yours!

Devon More is a singer-songwriter and multi-instrumental musician with a slam poet's soul.  She pairs chords with commentary in signature songs with infectious melodies and insightful lyrics.  An award-winning playwright and genre-bending performance artist, Devon tours nationally with her critically acclaimed 'sonic storytelling' spectacles. She has performed her solo shows at fringe festivals across Canada, as well as internationally. She grew up in ʃəˈhwɛpəm (Secwépemc) territory and is now privileged to live and work as a guest on the traditional, ancestral, and unceded Coast Salish territories of the xʷməθkʷəy̓əm (Musqueam), Sḵwx̱wú7mesh (Squamish), səl̓ilwətaɁɬ (Tsleil-Waututh), and qiqéyt (Qayqayt) First Nations.

Or Festival is a passion project. We dedicate our time on a volunteer basis. As a result, our artistic team will shift and change each year depending on artist availability. Our goal is to create a platform where local artists may showcase their work, share their voice, and connect with the community.

Firebelly Performance Society (FPS) was founded in Vancouver, B.C. in 2000 by Artistic Director Kira Schaffer, and incorporated as a not-for-proﬁt society in 2004. They have seven core members and have worked with many other guest artists and collaborators over the years. FPS are a playful and passionate group who are excited by a challenge and inspired to explode creative boundaries. Their purpose is to enrich society by fostering playfulness, creativity, and the expression of authentic human experience within movement and performance. FPS aims to build a deeper connection between audiences and performers. They approach each performance with the intent to share an experience rather than to impress—even when the movement may be, by nature impressive.

Created by Francisca Darts with the dedicated support of her husband Edwin, Darts Hill Garden Park is a showcase of 75 years of devotion, hard work and a pure love of horticulture. Along with her husband Edwin, Francisca took a logged piece of land, turned it first into an award-winning orchard and then into the unique garden that is Darts Hill today.

Francisca’s curiosity and love of the new and interesting has resulted in the most diverse collection of mature tree and shrub species in the Pacific Northwest. Many were planted from seed collected from around the world.

In 1994 Edwin and Francisca Darts donated their 7.5-acre garden to the City of Surrey and its citizens. Their intention was to give Surrey its own garden to be used as a horticultural centre for the preservation, enhancement, and development of plants.  The non-profit Darts Hill Garden Conservancy Trust Society works in partnership with the City of Surrey towards these goals.