The Silly Adventures of Robin Hood

Glades Gardens 457 172nd Street. Bring your own chair or blanket. The show goes on, rain or shine!

Join us for an all-ages theatre show guaranteed to be fun for all the family. This one-hour show is the story of Robin Hood, as told by a travelling troupe of players who arrive at Glades Gardens bringing music, comedy, and a large dollop of silliness. Enjoy high-jinks and hilarity with Jack Pudding, Tallie Longbottom, and the rest of the 'Merrie-Makers' as you travel back in time to find out what really happened at that famous archery competition in Nottingham all those years ago. Like all good family shows, this one is filled with heroes and villains. You are sure to be rooting for the lovely Maid Marian, who is fighting with her wicked stepfather Lord Knickerbocker, who wants her to marry the Sheriff of Nottingham…but Marian has her own ideas—involving our hero Robin Hood!

Taking place in the Glades Gardens this is one hilarious romp of a show you won’t want to miss. This production is sponsored by the Royal Canadian Theatre Company and Surrey Civic Theatres.

*This is a Canadian Actors' Equity Association production under the Artists' Collective Policy. 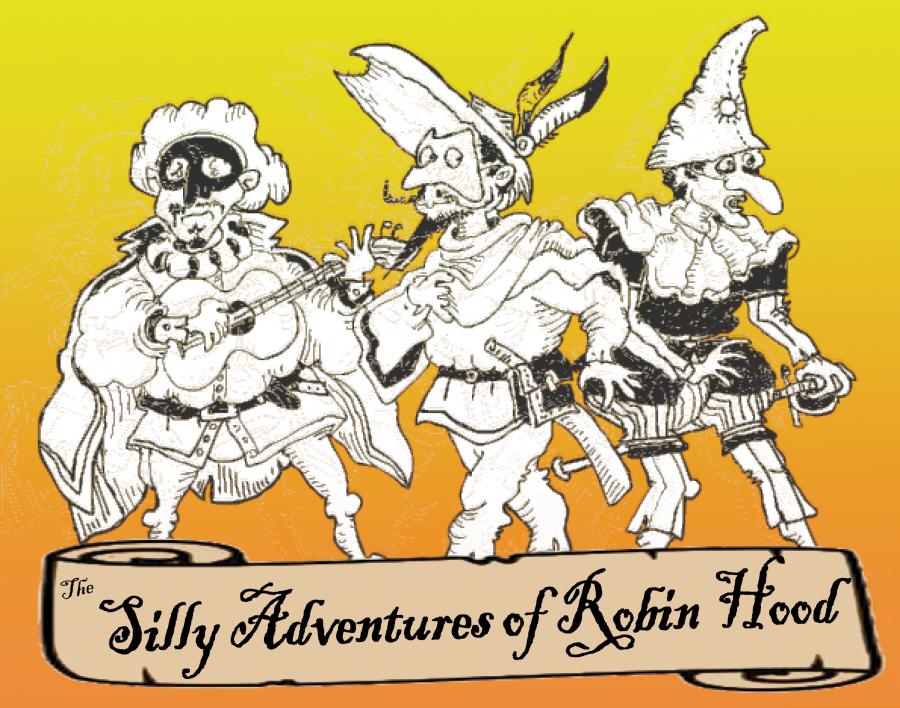 Glades Gardens is a beautiful 15-acre botanical oasis in South Surrey that boasts over one and a half thousand rhododendron plants, as well as other exotic flowers and shrubs. Some of the rhododendrons are more than 6 metres (20 feet) tall and are ablaze in colour in the spring. The garden also contains a superb collection of fine trees, many of which are now designated as heritage.

About the Merrie Makers

The ‘Merrie-Makers’ is a group of artists who have come together specifically to create ‘The Silly Adventures of Robin Hood’. The group is made up of performers and creatives, all dedicated to making theatre and having fun while doing so.
The show’s writer and director, Ellie King trained in England and has been presenting theatre in Surrey since the mid-1980s. She currently serves as the Managing Artistic Director for the Royal Canadian Theatre Company, known for bringing a season of three plays to Surrey Arts Centre every year, including a traditional British panto. She enjoys bringing comedic, entertaining theatre to her audiences, and has been recognized as a Surrey Civic Treasure, Surrey Business Woman of the Year – Leadership, and was also presented with a Mayor’s Arts Award. She is very excited to be making live theatre again and is delighted to be among the artists chosen for the City of Surrey’s summer arts program.