The company has projected bringing in over 300 local high-tech manufacturing jobs and over 500 high-tech office jobs by 2025, with total annual salaries exceeding $62 million.

Surrey, BC – Damon Motors, Canada’s first premier high-performance, all-electric motorcycle innovator and manufacturer, is breaking ground on their cleantech manufacturing and research & development plant in Surrey, BC today. The company has projected bringing in over 300 local high-tech manufacturing jobs and over 500 high-tech office jobs by 2025, with total annual salaries exceeding $62 million.

“Clean energy is at the centre of Surrey’s growth and innovation, and that is why today’s announcement is so exciting,” said Mayor Doug McCallum. “Our city is already leading the way in electrical vehicle ownership and charging infrastructure, so it makes good sense for Damon Motors to plant roots here. In addition to adding more than 800 new local jobs to our economy, this facility will be a catalyst in advancing Surrey’s cleantech growth. It is fitting to say the least that Surrey has been chosen for this new site.”

“The City of Surrey shares our commitment for a clean energy future, making it the perfect place to begin production of our HyperSport motorcycles,” said Jay Giraud, co-founder & CEO, Damon Motors. “Surrey has welcomed us with open arms and we look forward to continue to innovate and further solidify both Damon and Surrey as cleantech leaders in the electric vehicle industry and beyond.”

With $40 million in global preorders for their flagship HyperSport and a firm timeline for order fulfilment, the City of Surrey played a key role in expediting permits to help them open and start production by October 2022. Damon’s EV Centre of Excellence will be a state-of-the-art 110,000 sq ft facility and their technology will be a first-of-its kind in the electric motorcycle space, using sensor fusion, robotics, and AI to enhance rider safety and help them stay connected to their surroundings. 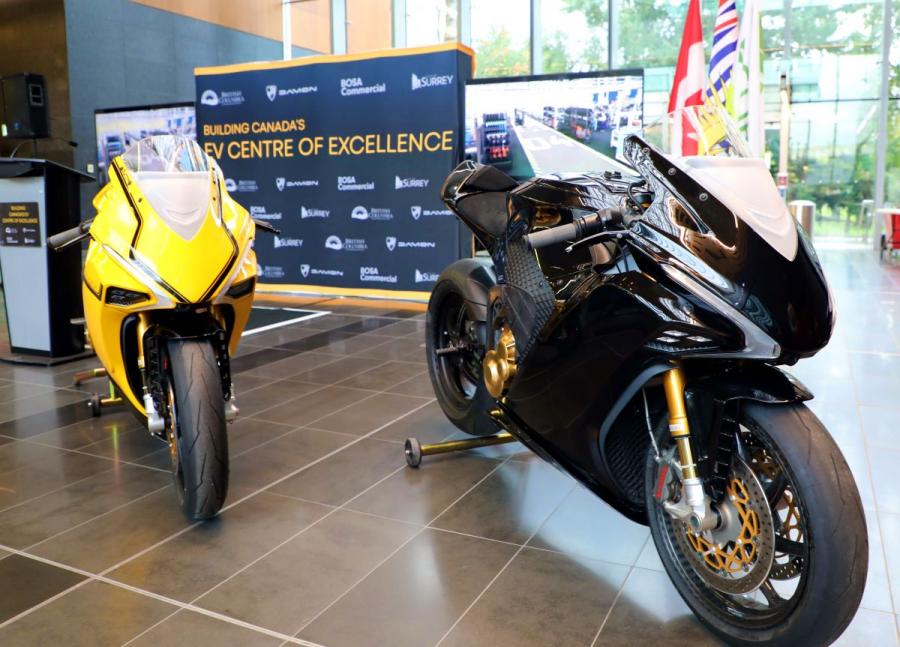 Damon’s Canadian success story is anticipated to further catalyze Surrey’s cleantech growth trajectory, building on over $145 million in investments being made into city’s cleantech, advanced manufacturing, and big data ecosystems since 2016. 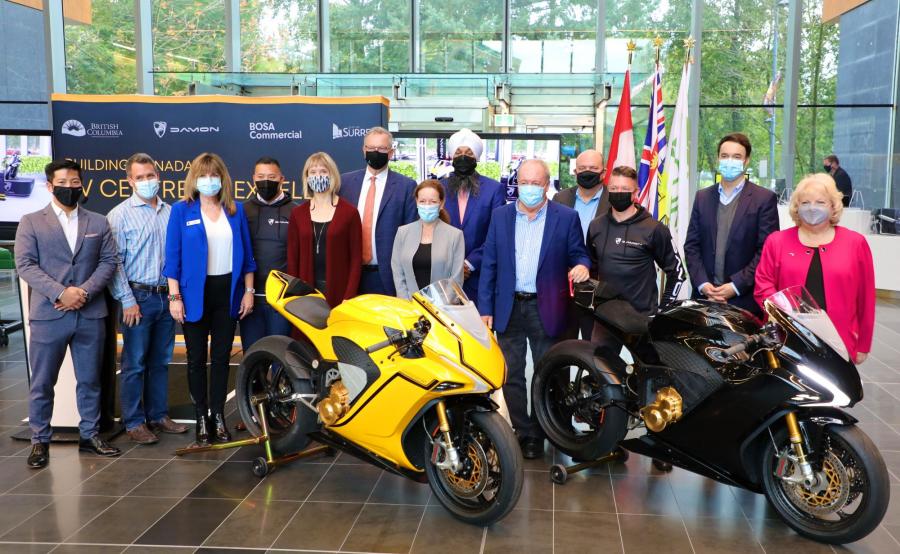