Learn about Surrey's response to COVID-19

See and listen to construction work documented at a building site.

Masks are optional when in City facilities. Learn more about the City’s response to COVID-19. 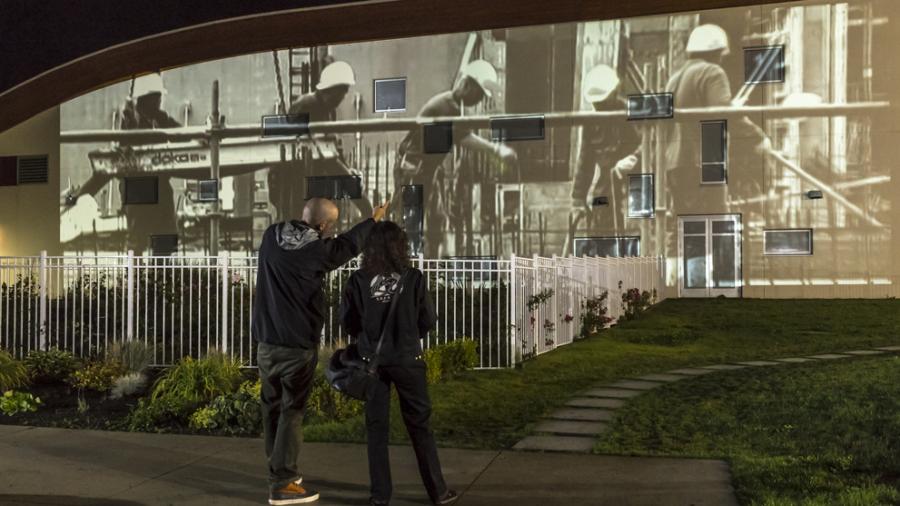 Blending time lapses and drawn elements into the footage to distort time and reality, video artist Josephin Böttger records the sights and sounds of a construction site. The video examines construction and demolition—key components of urban development. The work acts between dance and architecture, highlighting how the human body shapes the built environment.

The soundtrack echoes construction noises. The public is invited to tune into 89.9 FM when nearby to listen. The projection appears outdoors on various public spaces and building walls like temporary graffiti. The projector is physically moved to different locations, causing the image to change in size and appearance due to various facades and structures.

This exhibition is presented by grunt gallery as part of the 2013 New Forms Festival. 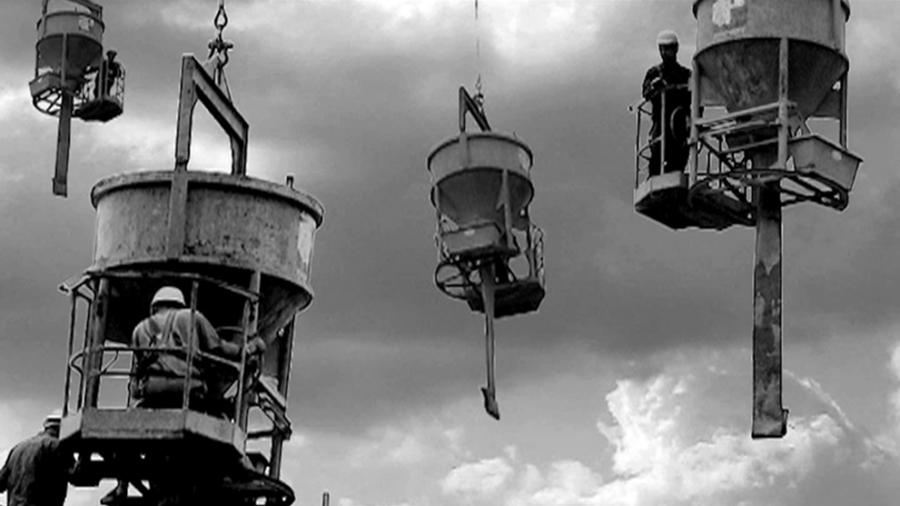 Josephin Böttger is a video artist who lives and works in Hamburg, Germany. At first she produced various short films such as experimental and drawn animation films, shown at international film festivals. Since her diploma at the HfbK (University of Fine Arts of Hamburg) in visual communication in 2002, she worked on 3-6 channel video installations and single-channel videos, shown at international exhibitions and projections in public spaces. Her work examines the metamorphosis, chronology, and aesthetics of urban space.