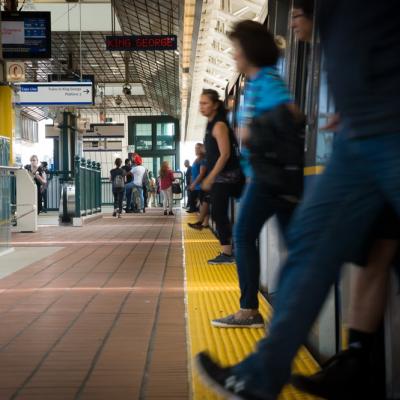 Plan your transit route, and learn what we manage, and what TransLink manages.

Transit is an environmentally friendly and economical way to get around Surrey.

We have several transit options in Surrey, operated by TransLink through the Coast Mountain Bus Company (CMBC) and the British Columbia Rapid Transit Company (BCRTC):

For more information on these options, as well as transit fares, maps and schedules, visit the TransLink website.

There are four Expo line SkyTrain stations in Surrey:

City Parkway at 102 Ave (beside the North Surrey Recreation Centre)

We also have several major bus loops (or exchanges).

For questions or concerns about transit in Surrey, contact the City or TransLink, depending on the issue: