Surrey’s district energy strategy is being developed over three phases of growth:

District energy is an essential component of the City of Surrey’s plan to reduce GHG emissions in new in buildings in support of the City’s 2019 Climate Emergency Declaration and the Official Community Plan target of net-zero GHG emissions by 2050. 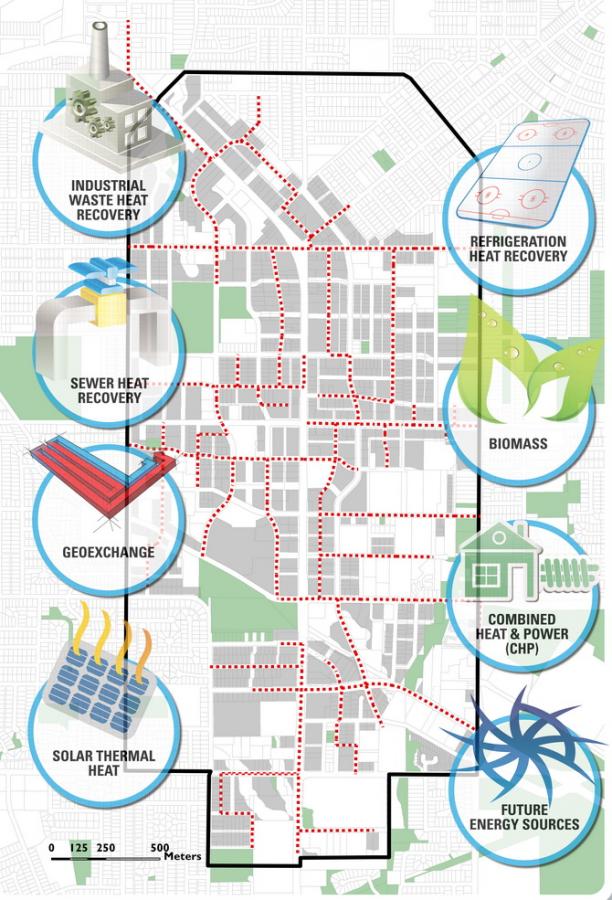 Surrey City Energy is planning a new facility to tap into a sustainable energy source in our sewers.

The sewer system has hot water from household dishwashers, showers, and sinks. The new facility will use heat pumps to extract heat from the sewer system. This will heat the water in the district energy network. 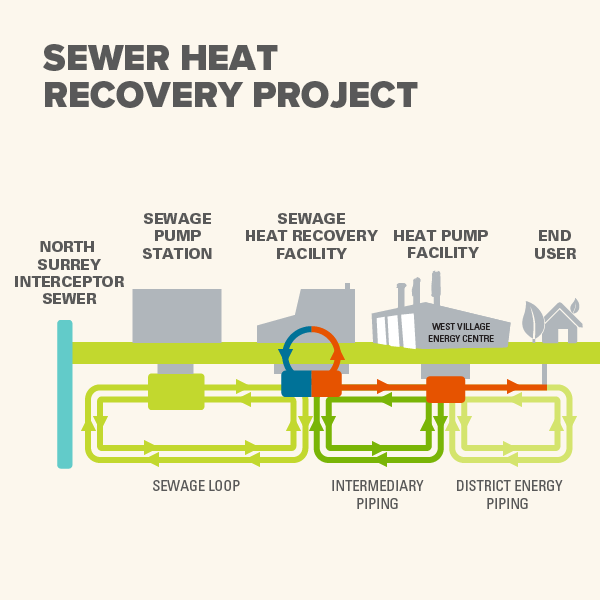 Surrey City Energy has a 30-year plan to build out its City Centre network. It will include three high density nodes, centered around existing rapid transit stations (Surrey Central, King George and Gateway). A separate district energy network will be constructed at each node, and eventually all three networks will be connected to create an integrated system.