History of Surrey, BC

Unearth the history of Surrey B.C., and discover how, since 1879, we've grown to be one of the most populous cities in Metro Vancouver.

Community life centered on hunting and fishing, tidal resources of shellfish and river supplies of salmon, herring, and oolichans. Shorelines and forests of birds, deer, elk and bear provided resources to support life in the delta of the Fraser River. The Campbell, Nicomekl and Serpentine Rivers were the inland routes used for trading and communication. The coastal waterways connected the First Nations to the surrounding communities.

Newcomers from diverse regions of the world began to settle in Surrey during the late 1800s. By 1880, 200 newcomers are recorded as residing in Surrey. The agricultural land was heavily forested with canopies of fir, cedar and hemlock. Logging began, the land was cleared and small farming communities grew. Surrey was incorporated as a Municipality in 1879 and didn’t officially become a city until September of 1993. We have a rich history of people with diverse ethnic backgrounds who have come together to make us one of BC's most unique communities.

Surrey developed its Coat of Arms in 1987. It was officially registered with the College of Arms of Canada in 1993 and became the City’s Official Civic Signature in 1994.

Currently the emblem is used alongside the new city logo, which was adopted as the replacement civic signature in 2009. It is used to mark unique official correspondence. 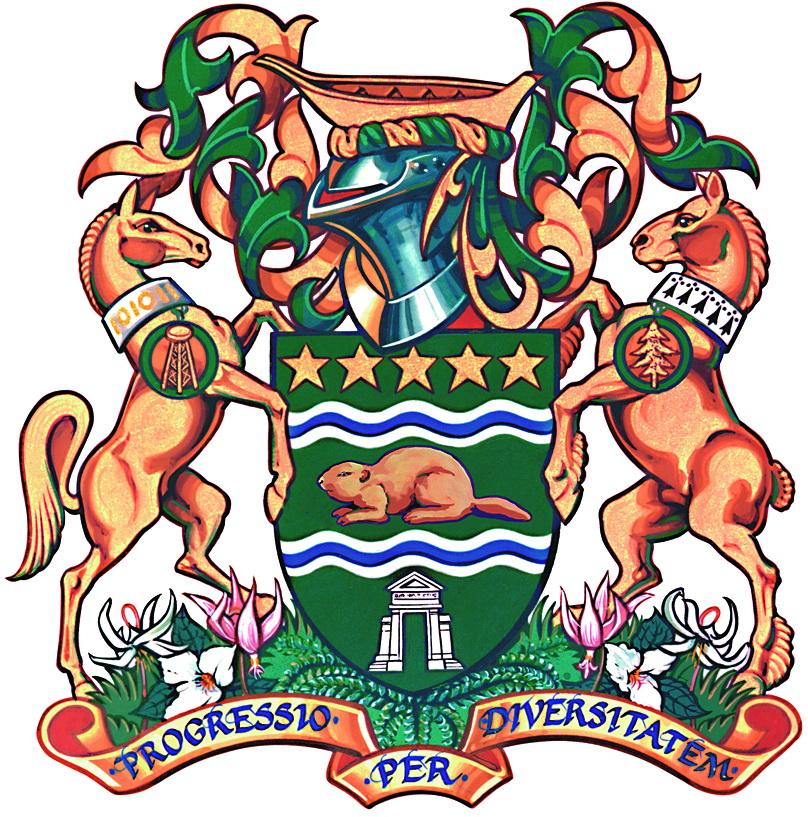 There are several elements that make up the Coat of Arms, including:

A motto of “Progress Through Diversification” appears in Latin on the bottom.

Surrey boasts a vibrant Heritage Services department that celebrates Surrey’s history, educates citizens and offers many ways to get involved. Experience living history at Historic Stewart Farm, see artifacts of Surrey’s past and diverse present at Museum of Surrey or check out the Surrey Archives to explore historic photos and documents.

We also have dozens of designated heritage sites in each of our town centres. Check out: