North Cloverdale is the name of the neighbourhoods along the eastern ALR escarpment, south of Fraser Highway and north of 64 Avenue. The area is separated into two plan areas, each of which was planned through separate NCP processes.  These two North Cloverdale land use plans, now largely built out, provide direction on the type and density of development, urban design, parks and community amenities and engineering infrastructure.

The North Cloverdale plan area is divided into two NCPs, east and west of 184th Street. Combined they encompass about 192 hectares (476 acres), extending from the ALR in the west to 192nd Street in the east. 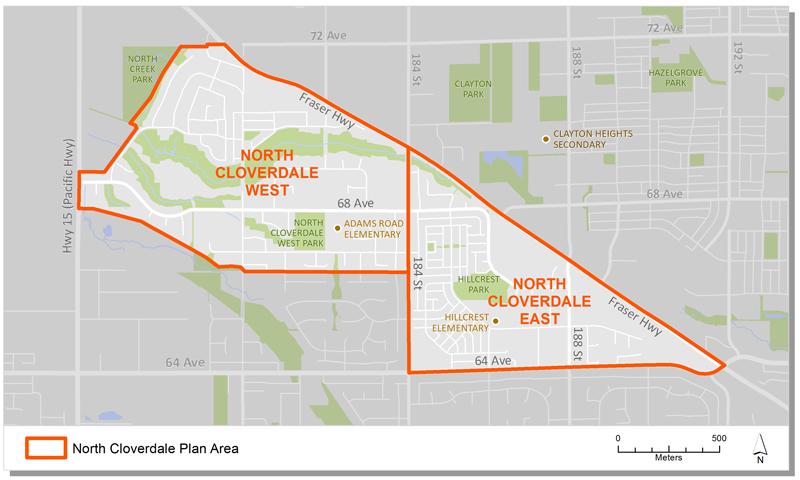