West Newton is the name of the community north of Highway 10 and west of King George Boulevard. Most of the area was built out gradually over the 20th century. The central part of West Newton, however, remained as large suburban lots and forested areas until recently.

The area was planned through three separate Neighbourhood Concept Plan (NCP) processes. Each plan provides direction on the type and density of development, road network, parks and engineering infrastructure for the neighbourhood.

The West Newton NCPs are largely residential, with a variety of park and institutional uses. They include J.T. Brown and Panorama Park Elementary Schools as well as Tamanawis Secondary. They are served by a number of neighbourhood parks, as well as the larger Tamanawis and West Newton Community Parks.

There are three plan areas in West Newton:

These plan areas designate land uses for a large portion of the broader West Newton community, generally located south of 68 Avenue and north of Highway 10. 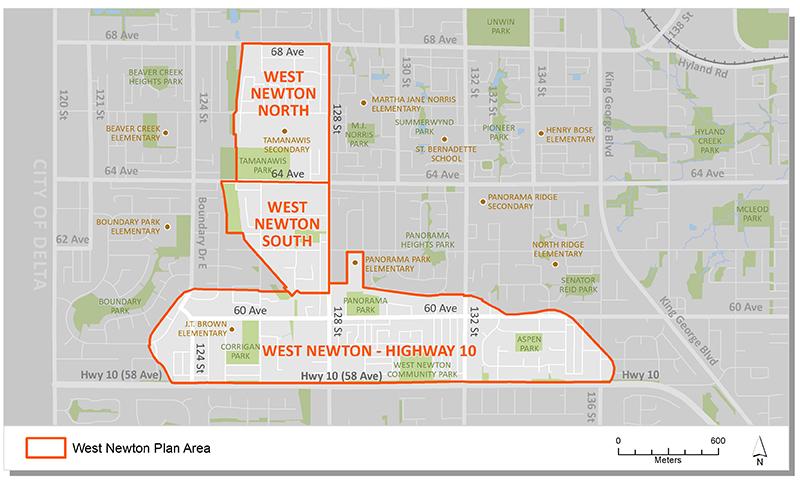 In 1993 City Council identified West Newton as one of several areas that would be suitable for development consideration. A Local Area Plan was approved to serve as a guide for land use, servicing and development in the area. The Plan also identified the Neighbourhood Concept Planning (NCP) approach to further plan the north and south portions of the plan area.