Review the land use plan and development strategy for the Douglas Neighbourhood in South Surrey.

Douglas is the name of Surrey's most southern urban neighbourhood. It is located between the Peach Arch and Pacific border crossing adjacent to the United States.The neighbourhood is mostly residential, with two small commercial nodes, a neighbourhood park and elementary school.

The planning process for this neighbourhood area concluded in 1999. It included a series of background studies, community consultation and an engineering and servicing strategy.

The Plan is now being implemented. It provides direction on:

The plan encompass an area of approximately 61 hectares (150 acres), generally located east of Hwy 99, west of Hwy 15 and north of the United States. The area is bordered by the Agricultural Land Reserve and the Glades Garden Park to the north. 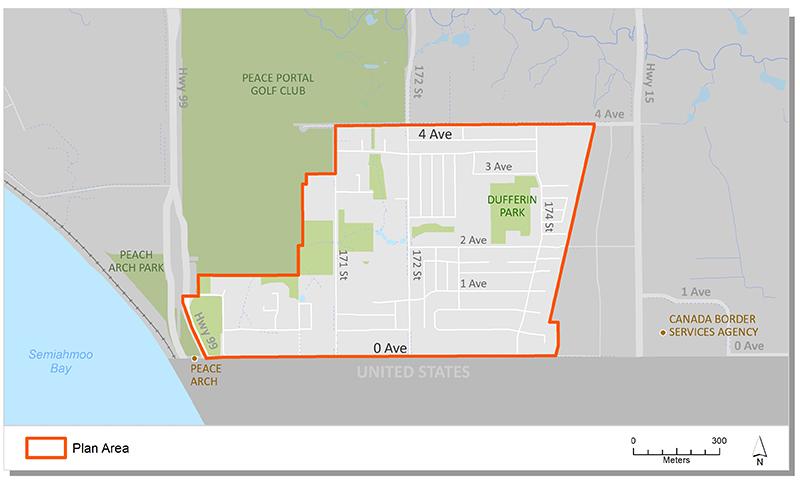 The preparation of the Douglas NCP followed a two-stage process. In July 1996, following a public consultation process, Council approved a draft land use plan for Douglas (Stage 1). The approval authorized staff to complete the plan, including a financial strategy.

In July 1999, Council approved Corporate Report C429 which approved the Stage 2 Plan. The final plan provided detailed analysis of the planning, engineering and servicing requirements, as well as the financial strategy to implement the plan.