This Classical Revival house was built for William Mackie by the Barton Brothers. 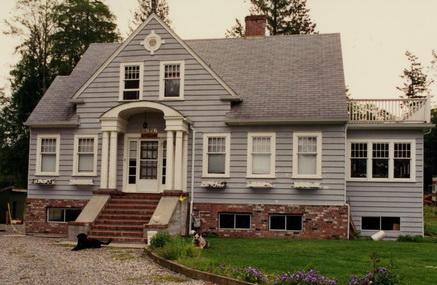 Description: Built c. 1938-39, this Classical Revival house was built for William Mackie by the Barton Brothers. The house was owned by the Mackie family until 1963 when it was sold to George Stanley Miller. The house is cross-gabled with a raised entrance portico and arched roof supported by paired Doric columns. The gable ends feature louvered cameo vents surrounding keystone pattern, gable in front aligned asymmetrically.

Originally located in Cloverdale, this house was was moved to its current location in the mid-1970s.