This large sculpture influenced by mythology sits like a sphinx over Bear Creek Park Gardens. 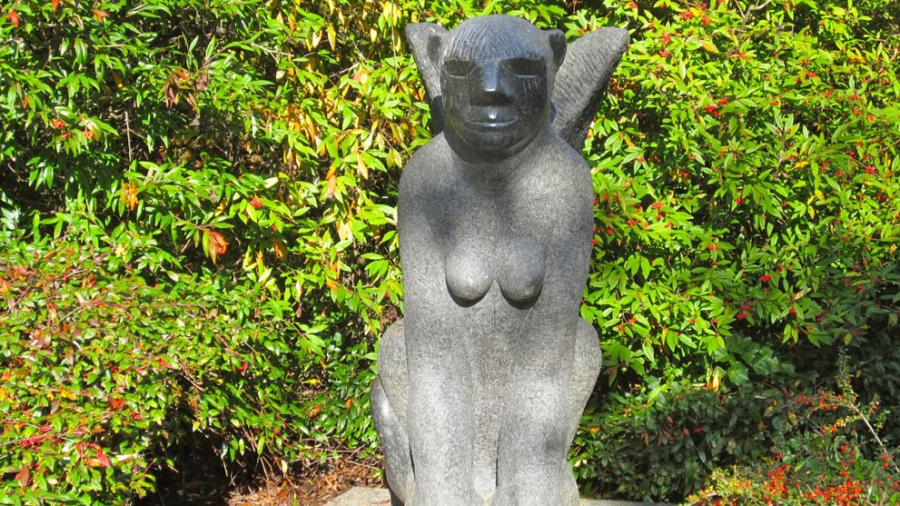 Surrey artist Joan Miriam Adams developed her concept for a winged lion woman from mythologies and archeological figures. The enormous sculpture, which she carved from a 3.3 ton block of black granite, presides over Surrey’s Bear Creek Park like a sphinx.

Adams chose to sculpt the piece on site, enabling the public to watch the fascinating process. As she transformed the rock through hard labour, she emphasized the underlying themes of persistence and strength as transformational agents—in life as well as in art. She writes, “There has never been a time when a woman (or a man) needed more the strength and durability of a sphinx”. The image itself was taken from ancient mythology and remade in the image of a contemporary woman.

Joan Miriam Adams graduated with a degree in sculpture from Emily Carr University of Art + Design. Her keen interest in mythologies led to the creation of an earlier piece, Metamorphosis (1989), in which she transformed an 8-foot block of BC granite into a spiritual image of a woman becoming a bird.