Were It Not For You 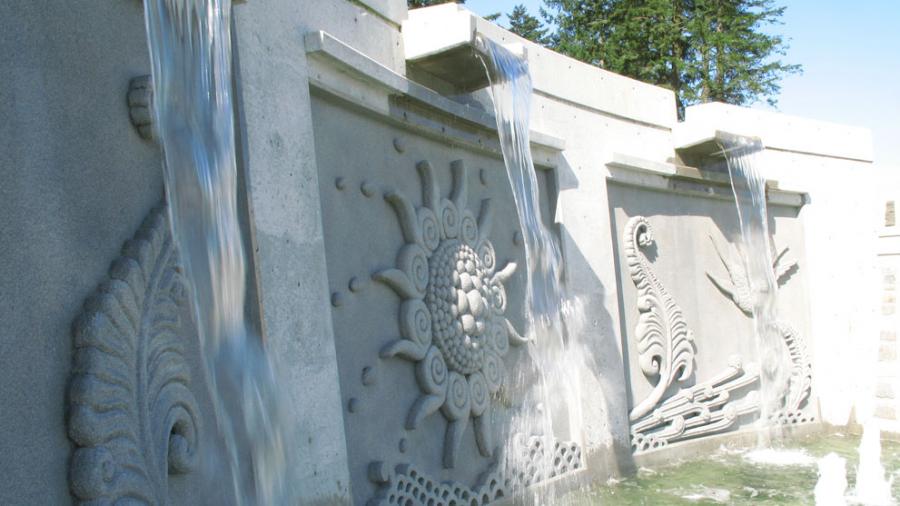 About Were It Not For You

The three-panel “bas-relief” (low relief sculpture) decorates the central fountain wall in Holland Park. The scenes on the panels are executed in a joyous, Art Nouveau style, with a nod to Asian ornament. The triptych’s imagery depicts earth, air, fire, water, and space in dynamic interplay. Symbolic of these are images of a curling fern frond, a hummingbird, the sun, and a fish with overarching waves. This artwork celebrates the life force and complements the other nature-based artworks in the park.

More on Were It Not For You

Glen Andersen is a Vancouver-based sculptor and mosaic artist. After studying film at Simon Fraser University, he shifted directions and committed himself to making what he describes as “accessible, human-scale, handmade pedestrian-friendly” public art.

He is best known for his mosaics, which he has created on his own and in collaboration with community groups. Andersen’s art may be seen in parks, plazas, school grounds, residential neighbourhoods and private gardens throughout the northwest.

His other public artworks in Surrey include Pebble Mosaics, also found in Holland Park, and Semiahmoo Trail Mosaics and The Train Arriving at the Station, both at Semiahmoo Shopping Centre.