Blackie Spit through the Seasons

These pairings of photos by Carol How on the 5th floor of City Hall depict the beauty of Blackie Spit along Crescent Beach. 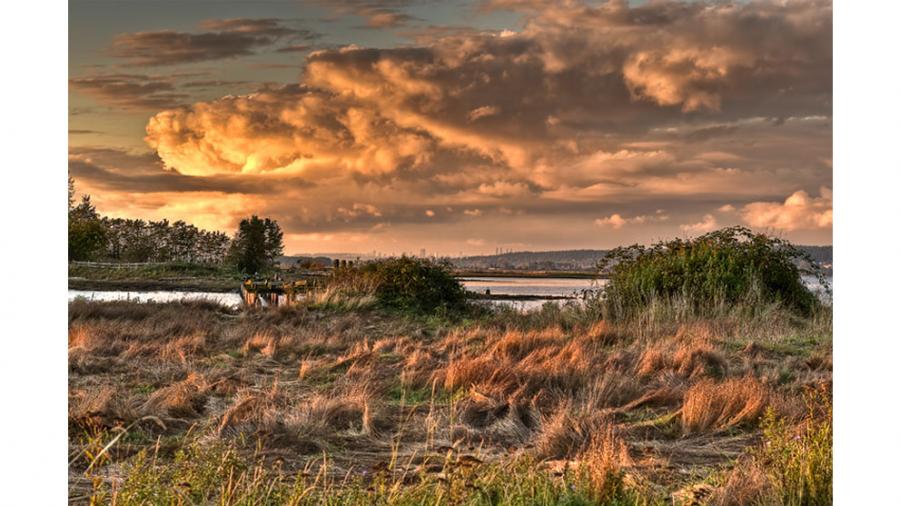 About Blackie Spit through the Seasons

Blackie Spit is a treasured environmentally sensitive and protected area of Crescent Beach in South Surrey. For photographer Carol How, it is a place of subtle moments and discoveries.  She says, “I enjoy the colour of things; am in awe at the lack of colour of those same things; bask in the warmth of the light and sense the coolness of shadow or dampness; want to run my hand against the grain of wood, or sharpness of the rock.  I love the gentle nuances of light in the morning, evening and the subtle beginning and ending of each season.”

These eight images of Blackie Spit (divided into four pairs for four seasons) represent many seasons of How’s journey to this place that has tantalizingly and slowly revealed its many facets. Blackie Spit is a retreat in the middle of the City—a place she experiences peace and nature as it must have been centuries ago and that she hopes will be unchanged in centuries to come, for our future generations.

Carol How is a photographer based in Surrey. A longtime member of both the Crescent Beach Photography Club and the Canadian Association of Photographic Arts (CAPA), she has been honoured with several awards through CAPA competitions. Her work has been published in several local magazines and she has exhibited her work in numerous group shows in Alberta and BC, as well as a solo show in Vancouver.

Most recently, How's photographic work has begun to suggest commentary on the state of humanity through her use of graphic and architectural forms. Her work has also expanded to connect with the practices of street photography, portraiture, and urban art.