Call of the Siren

In this interactive tribute to firefighters, you can turn the crank on the outside of the arch to create a soft and subtle siren sound. 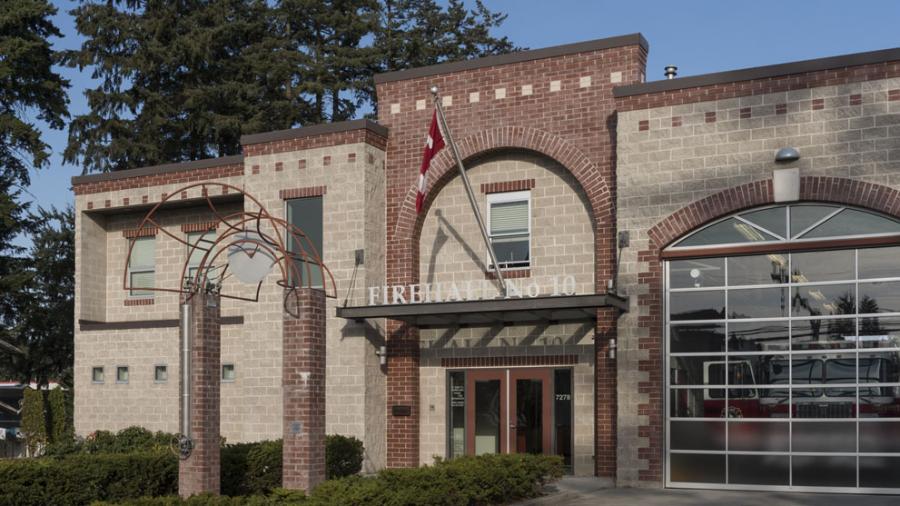 About Call of the Siren

This tribute to firefighters combines architectural features with an interactive sound component. Located in front of Surrey’s Fire Hall #10, this public artwork echoes the historic New York and Chicago-style fire hall architecture employed in the design of the building.

In Call of the Siren, two brick pillars support a Romanesque-style arch made of powder-coated steel tubing, inside of which is mounted a perforated disc. The overall form is suggestive of an enlarged and simplified siren shape and also evokes the idea of a canopy or shelter.

By turning a crank located on the front of one of the pillars, members of the public can produce a soft and subtle siren sound, audible only to those nearby. While the audio and visual siren references remind the community that firefighters are always on duty in the event of an emergency, the shape of the arch also suggests protection—again, a tribute to the public-safety role that firefighters play.

More on Call of the Siren

Luke Blackstone majored in sculpture at Emily Carr College of Art and Design and at the University of Washington. He has shown his sculptural work in galleries in Canada, the United States, and the UK, as well as teaching at Emily Carr and Langara College.

During the past 12 years, he has shifted his focus towards the creation of sculptural projects for public spaces and has installed artworks at various sites in Washington, Alberta, and British Columbia.