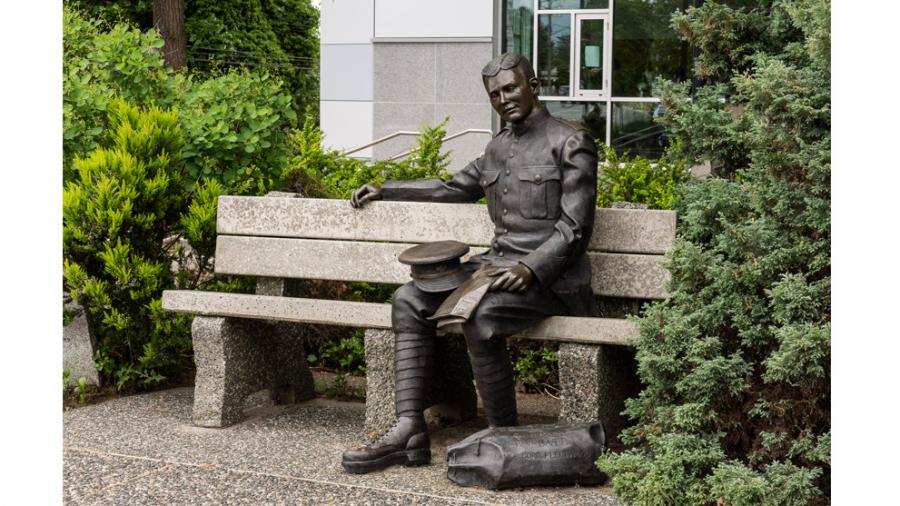 This life-size bronze sculpture depicts a World War I soldier, seated on a bench with a newspaper on his lap and a duffle bag at his feet. It portrays and honours Lance Corporal Arthur Thomas Fleetwood, who served in France with the 47th Canadian Infantry Battalion of the Canadian Expeditionary Forces and died there of battle wounds in 1917.

The sculpture, a donation by the Fleetwood Community Association, is intended to inspire pride in the community by marking an aspect of its history and remembering one of its pioneers and soldiers. The community of Fleetwood was named in honour of Thomas Fleetwood shortly after his death.

Nathan Scott is a self-taught sculptor based in Victoria. He spent nine years in the Yukon as an aircraft mechanic, miner, and construction worker before returning to his hometown of Victoria and launching his career as an artist. Scott has sold his sculpture locally and internationally and has undertaken public art commissions throughout the province.