Robert Davidson combines Haida art with a contemporary aesthetic in this stylized eagle that soars in Frank Hurt Park. 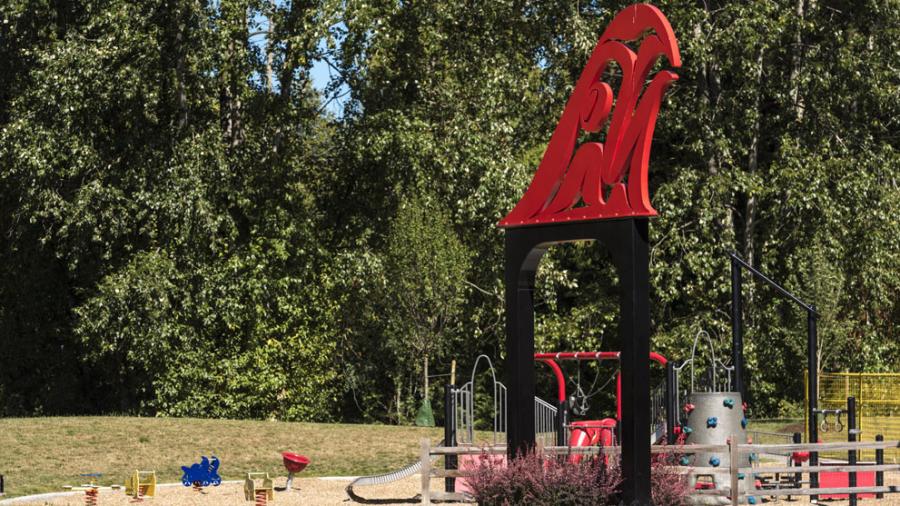 Eagle Calling combines the traditional visual iconography of Haida art with a contemporary aesthetic that is elegant in its graceful contours and distinctive in its bold use of colour. Davidson uses red, a traditional primary colour in Northwest Coast art, to symbolize the supernatural and the force of the spirit.

His stylized eagle looks upward and outward with inspiring strength, giving us a glimpse of the spirit world. Measuring nearly three meters tall and wide, Eagle Calling was produced from laser cut aluminum panels welded to create an enclosed form.

Robert Davidson is one of Canada’s most important visual artists. A Northwest Coast native of Haida and Tlingit descent, he is a master carver of totem poles and masks. He works in a variety of other media as a printmaker, painter, and jeweller. Davidson has received many honours for his accomplishments, including:

His work is in the National Gallery of Canada, Royal British Columbia Museum, and the Vancouver Art Gallery. Davidson lives in South Surrey and Haida Gwaii.

His other public artwork in Surrey is Supernatural Eye.