This vinyl wrap design inside Semiahmoo Library depicts a man surrounded by his spirit guides—two wolves. 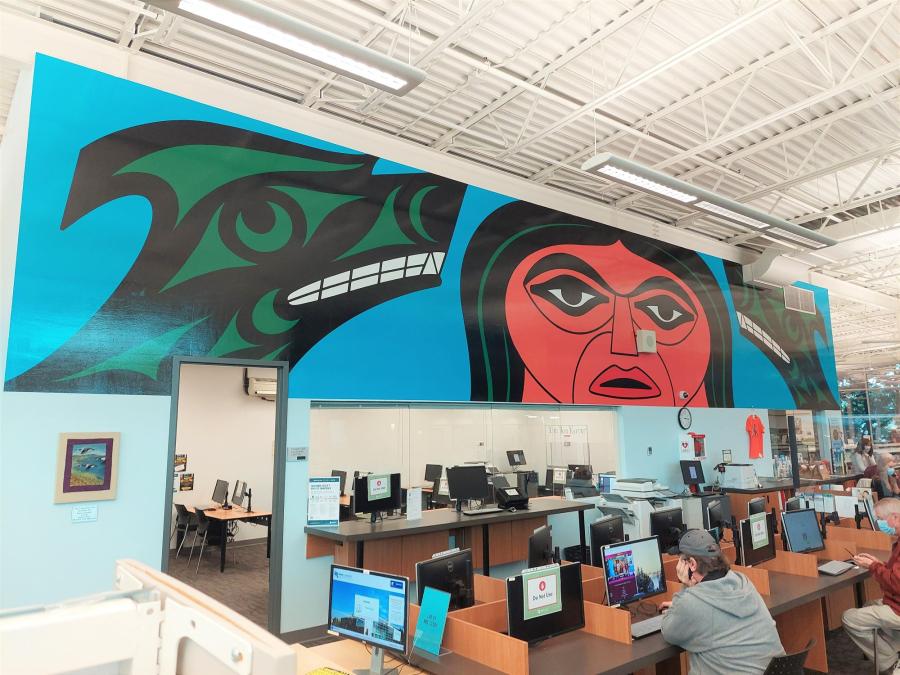 Leslie Wells's vinyl wrap design depicts a man surrounded by his spirit guides—two wolves. According to Wells, if someone has a wolf spirit, they will be a great hunter.

Leslie Wells is an artist of the Semiahmoo First Nation who creates carvings, paintings, jewellery, and prints. He has apprenticed with Haida artist Robert Davidson, assisting him on a house post that now resides in White Rock. In 2008, Wells graduated from the Northwest Coast Jewellery Arts Program at the Native Education College in Vancouver led by Kwakwaka’wakw/Haida artist Dan Wallace. His work is often described as having a “quiet spirituality."

His other public artworks in Surrey include Under the Double Eagle and Elder Moon with fellow artist and brother Leonard Wells, as well as Eight Salmon Heads.