This bronze statue of a kneeling WWI soldier in Cloverdale's Heritage Square honours and memorializes our war veterans. 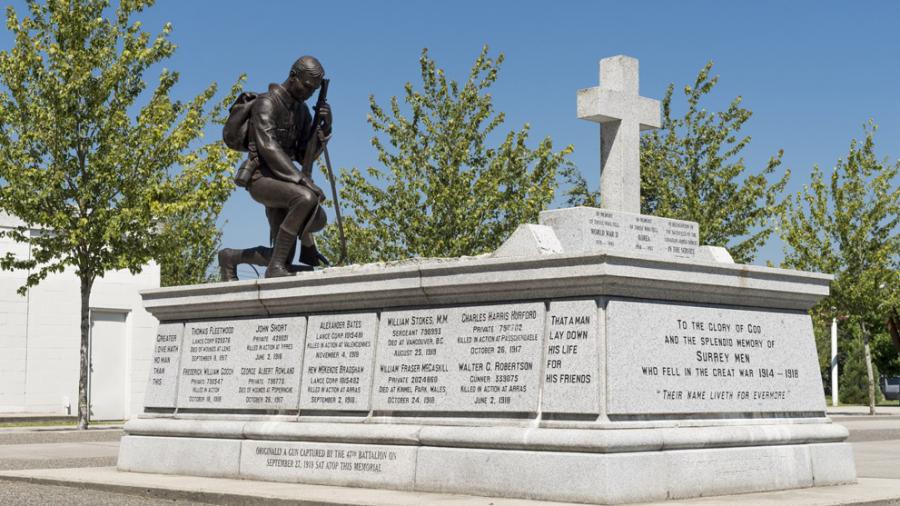 About Kneeling in Remembrance

This oversized bronze statue depicts a WWI kneeling soldier, helmet in hand, in remembrance of his fallen comrade. The sculpture was donated to the City through contributions from local school children, Veterans Affairs, Canadian Legion, municipal, and federal sources to complete the top feature of the existing cenotaph. The unveiling of this 650 lb. statue took place during the 2006 Remembrance Day Ceremony. This artwork honours and memorializes our war veterans, the role they played in history, and the sacrifices they made to ensure peace for our lives today.

More on Kneeling in Remembrance

Colonel (Canadian Armed Forces, Retired) André D. Gauthier OMM, CD, is a Canadian monument sculptor and designer in various materials including bronze casting. He is also an artist in oil painting, charcoal, and watercolours. Many of his works are connected with the Profession of Arms in the Canadian Army, Navy and Air Force.