Three figures carved out of stone sat in Surrey's old City Hall, representing the government's role in the city. 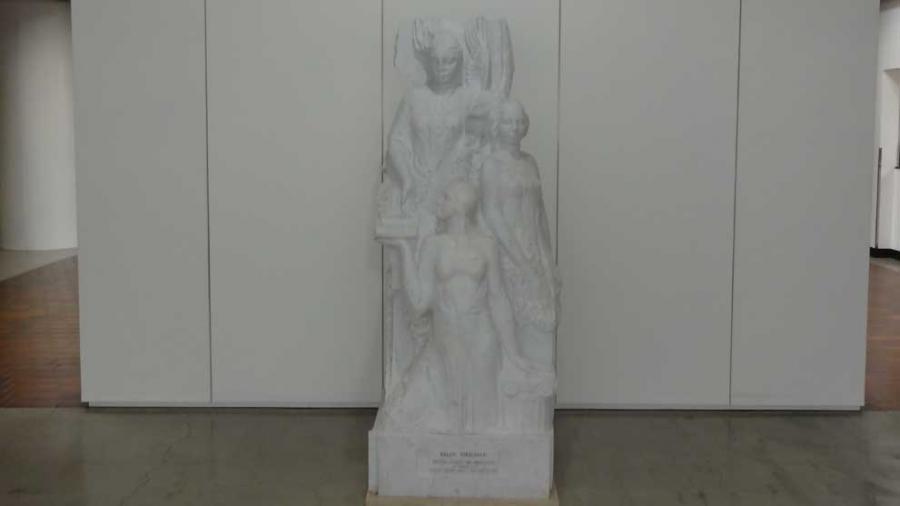 About Nature, Wisdom, and Knowledge

Nature, Wisdom, and Knowledge is a stone sculpture that sat in the main lobby of the old City Hall. Made out of marble, it depicts three female figures that represent local government’s role in the city:

The figures outlines are rough, signifying that Surrey is a city coming into being.

The sculpture also includes two cedar plaques (mirror images of each other) showing the diverse faces that make up Surrey.

Valeri Sokolovski is an internationally acclaimed artist who has exhibited his sculptures and paintings in over a dozen countries in the last five decades. His monuments can be found across eastern Europe and Russia, and his pieces have found homes in museums and private collections in different parts of the world.

Originally from Odessa, he immigrated to Canada in 1992 with his wife and two children and currently resides in Surrey. He is a member of Sculptors’ Society of BC, and is active as both a painter and a sculptor. In 2004, Valeri’s work was displayed at Surrey Art Gallery in the solo exhibit Beauty’s Fascination.